Ken Tam was awarded the British Empire Medal in 2016, which was presented to him by Her Majesty The Queen's representative, Lord Lieutenant of Merseyside Dame Lorna Muirhead DCVO DBE on 8th October 2016 at the Athenaeum ​in ​Liverpool. 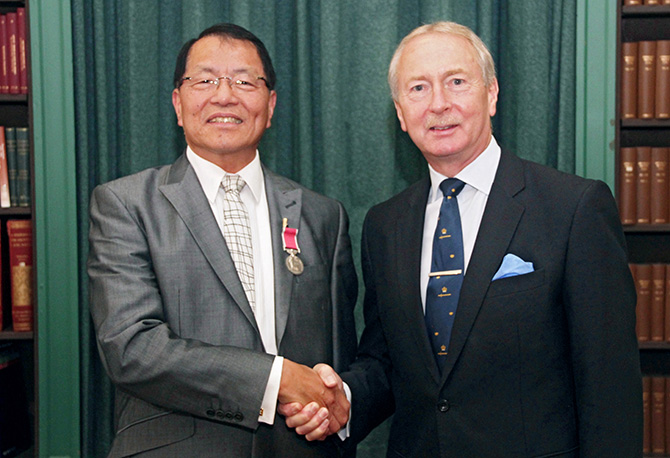 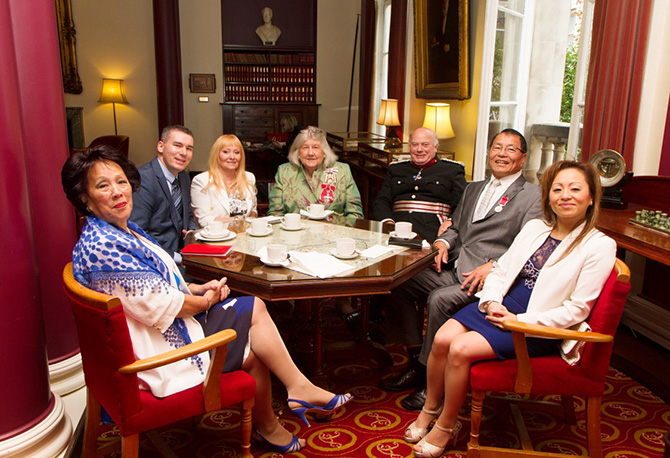 Ken Tam has dedicated almost four decades’ service to his local community has been recognised with a national honour, has been given a British Citizen Award.

In 1978, Ken Tam became a member of the See Yep Association. At the age of 46, he became the association’s youngest chairman and now, after two decades, is our longest standing chairman since it was founded in 1906.

He transformed the association’s building into a vibrant community centre, providing a safe and warm environment for the Chinese community and in particular, somewhere the much-revered ‘elders’ can socialise and pass on traditions and values to the next generations.

During his term as vice chairman more than 20 years ago, he opened its doors to women for the first time in the history of the See Yep Association, which has resulted in a confident and empowered Ladies’ Group.

Ken Tam, 66, offers guidance on social, welfare, business and cultural matters, liaises with authorities to create a more harmonious and integrated society. He arranges traditional Chinese funerals for members and their families and is held in the highest esteem by organisations and dignitaries locally nationally and internationally.

Thirty two years ago, he introduced Liverpool to the ancient art of Tai Chi by forming the non-profit Merseyside School of Tai Chi – the first of its kind in the area – which he ran after work for up to six hours a week. The venture inspired many other schools and now Merseyside has a number of Tai Chi venues, run mostly by his students, past and present.

On hearing of the 2008 earthquake in Sichuan, China, Ken Tam raised awareness by pinning up around 200 photos on the walls and stairwells of the See Yep Association on a daily basis for two weeks to show the scale of the disaster. His compelling persistence paid off, with £26,000 being donated to his earthquake fund.

With almost 40 years of dedicated service to his community and the North West, he has channelled his many talents and boundless energy into improving community services. He truly stands out as a leader who is always there for those around him, eager to take up new challenges to enhance the well-being of the community, says a British Citizens Award spokesperson.

Ken Tam is one of 30-medalists who was honoured at a prestigious ceremony on 9th July 2015, at London’s Palace of Westminster.

Speaking about his nomination, Ken Tam said: “It was a great honour and a big surprise to be nominated for the award for my community work.

“I have been very lucky because I have had some wonderful Tai Chi students and other people who have shared in my beliefs and have helped me in my charity and community work. This award is for them, for the Chinese community and for all of the people in Liverpool as well as for me.

“I would like to thank everyone who has helped me achieve so much, including my wonderful wife and my student Lynne Murphy, who nominated me for the award.”

Ken Tam was nominated for a BCA by his student, Lynne Murphy, who said: “I’m thrilled to bits that he has been given a BCA. Thousands of lives have been transformed by his Tai Chi and his students teach in hospitals, health centres, at Age UK, sports centres, homeless charities and church halls across the northwest, Spain and America.

“His humble attitude, drive and spirit cannot be questioned. His unique qualities and commitment to Liverpool have benefitted and inspired people beyond the boundaries of the UK. His dedication to the See Yep Association has helped build a rich and supportive community of people who know each other and lend a hand when it is needed.”

The British Citizen Awards (BCAs) were launched in January 2015 to honour the incredible accomplishments of individuals in society who positively impact their communities.​ 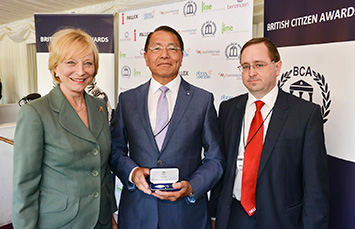 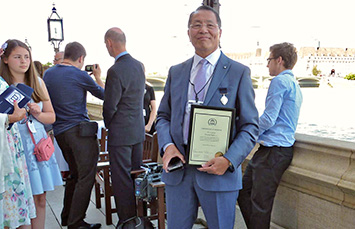 Ken Tam with his BCAc medal at Palace of Westminster 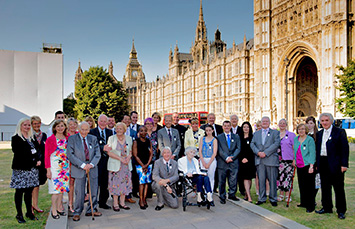 All BCA medalists outside Palace of Westminster 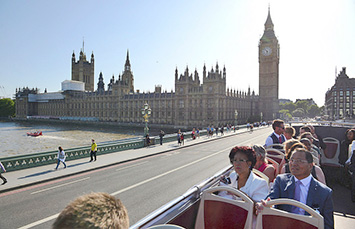 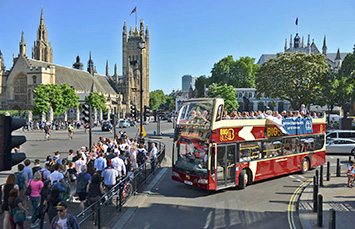 Lap of honour for all medalists 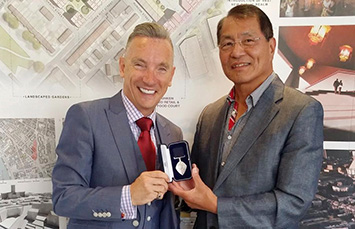 The Citizen of Honour award was introduced by Liverpool City Council in 2008 to formally recognise individuals who have made a significant, exceptional or unique contribution to enriching the life of the city.

For more than 40 years, Ken Tam representing the Chinese community, including the longest standing chairman of the See Yep association and founding the Merseyside School of Tai Chi, the first of its kind in the UK. 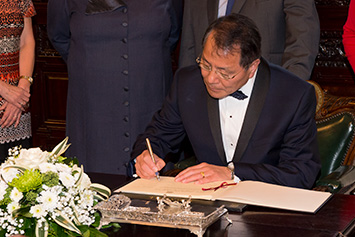 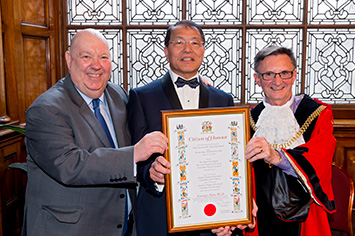 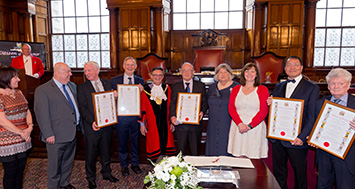 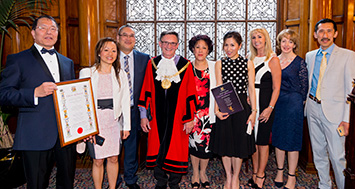