The Chinese Consulate General based in Manchester issued us a certificate of recognition for See Yep Association's donation towards the rebuilding efforts after the Henan province flooding in July 2021. 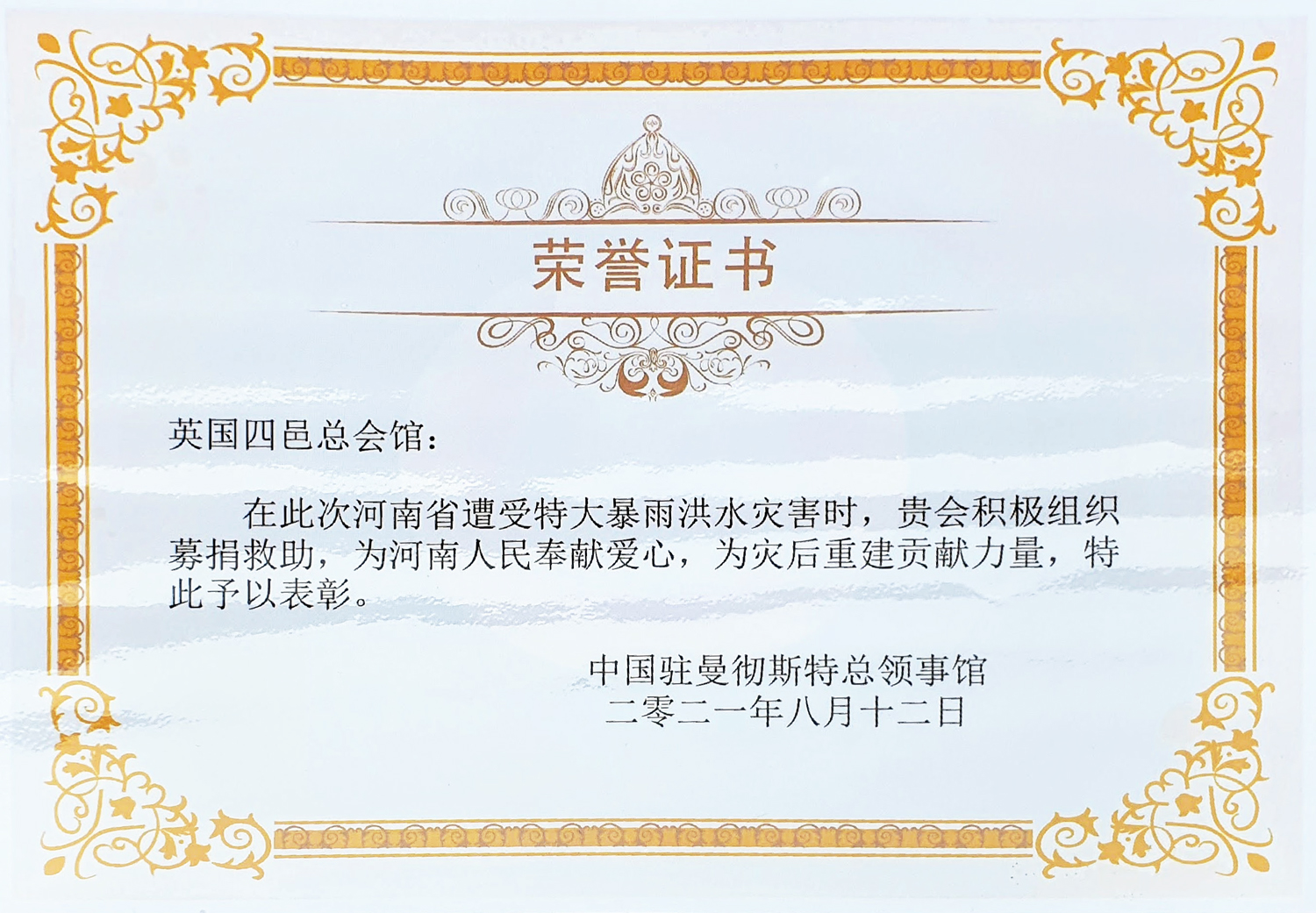 On 19th May 2018, the official residence of the Chinese Consulate General in Manchester held a symposium on Overseas Chinese Affairs Work in the Manchester City Consular District. The Consul General Sun Dali highly praised the work performance and achievements of the major Chinese associations in the district and gave their affirmation. See Yep Association was among the organisations who received the Honorary Credential of the 2018 Harmony Chinese Community Contribution Award for outstanding achievements.