The ceremony began by the taking of the oath by all committee members, witnessed by Deputy Consul General, the Lord Mayor, and two Life Honorary Members; Mr Shu Hing Cheung and Mr Fuk Hsien Jung. This was followed by the presentation of certificates to all committee members by Deputy Consul General and the Lord Mayor. The certificate presentation only takes place once every ten years, and this year is the tenth year since the last certificate presentation. All members felt very proud to receive their certificates, and will treasure them always.

After the inauguration, Chairman Mr Ken Tam gave his speech, which reminded everyone the See Yep Association’s successful history, and encouraged the present committee members to fulfil their commitment and duties to the association and to the Chinese community. He eagerly anticipates the present members will devote their time and effort to develop the association, enable it to progress and advance with great momentum.

In Deputy Consul General Lai Bo speech, he responded to Mr Ken Tam’s kind words with mutual admiration. He praised Ken Tam’s personal achievement, and See Yep Association’s recognition by the Queen last year. Although he is returning to China soon, he looks forward to returning to visit the UK, and will drop in to the Liverpool Chinese community.

The Lord Mayor of Liverpool echoed the same sentiment as Deputy Consul General. He jokingly said the age of See Yep Association is older than his father’s. He offered his congratulations to See Yep Association in supporting the Chinese community for over 110 years, and encouraged them to take up his challenge of seeing a Chinese Lord Mayor elected in Liverpool within the next twenty years.

The First Vice-Chair gave his thank you speech to thank all families and friends for helping to organise the event. He also thanked the people who kindly donated to this event, making it a successful one.

This was followed by lion dance performance by the Hung Gar Kung Fu School. There were three lions, including a junior one. They were energetic and colourful. The lions danced and circulated amongst the tables, greeting all the guests.

Group photographs are an integral part of the inauguration. The guests of honour and distinguished guests posed with each group; the chairman group, the executive officers group, the supervisory officers group and the Ladies Group.

When everyone took their seats, the banquet began. The scrumptious food and drinks were served by the attentive staff of Chung Ku Restaurant. During the banquet, members and guests alike enjoyed a karaoke sing song, including the Deputy Consul General and the Lord Mayor. They both have amazing voices. Everyone had a fun filled time.

Finally, the raffle draw. There were twenty-four prizes mostly donated by other Chinese community organisations and businesses. The first prize was a money tree with £180 hung from it.

The event was hosted by Ming Wang and Wing W Wong. Ming Wang did an excellent job in translating Deputy Consul General’s and The Lord Mayor’s speeches. 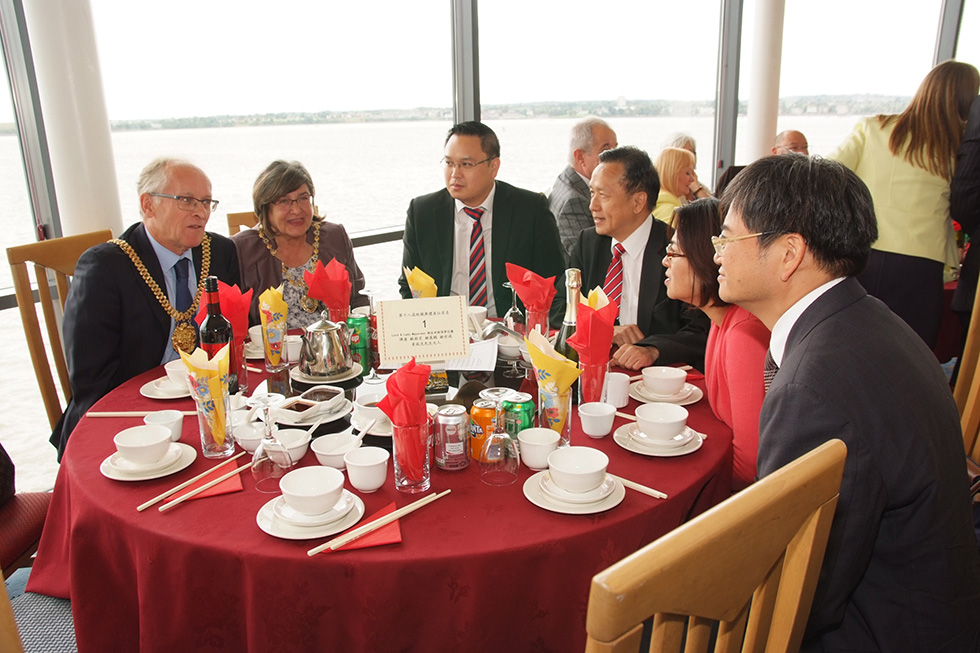 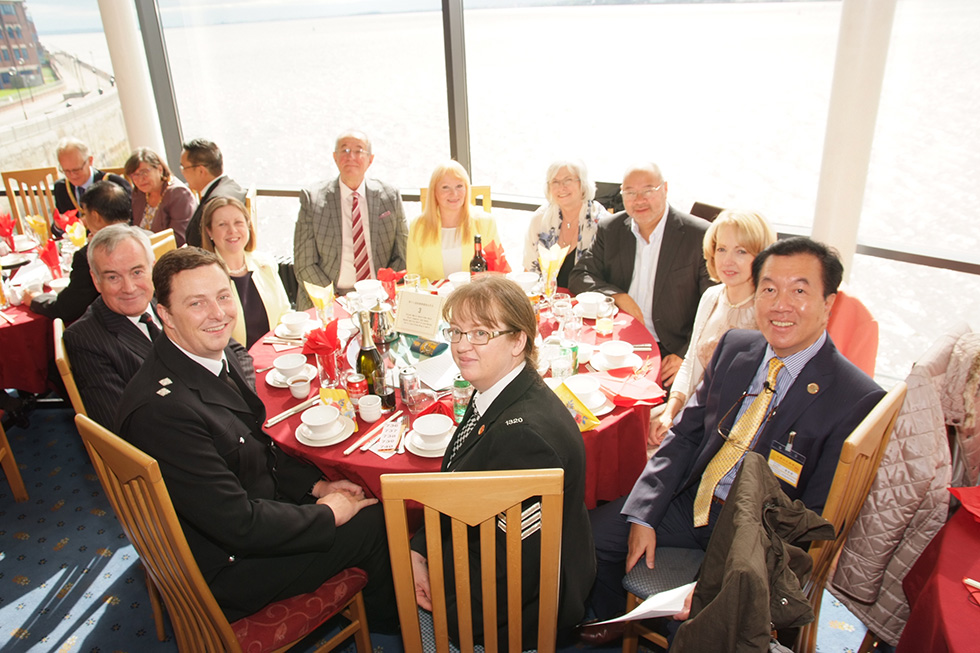 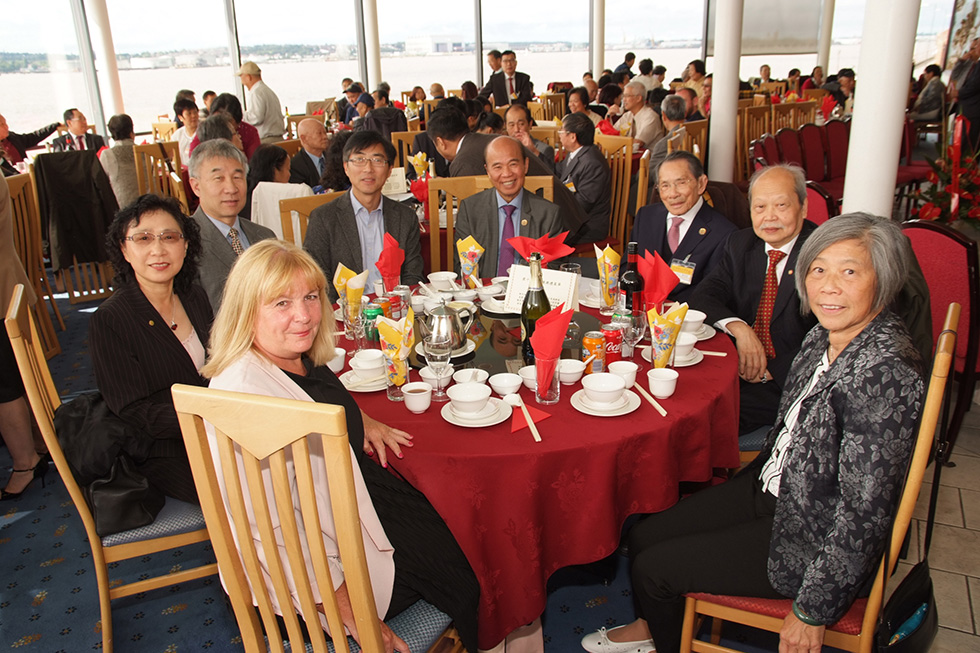 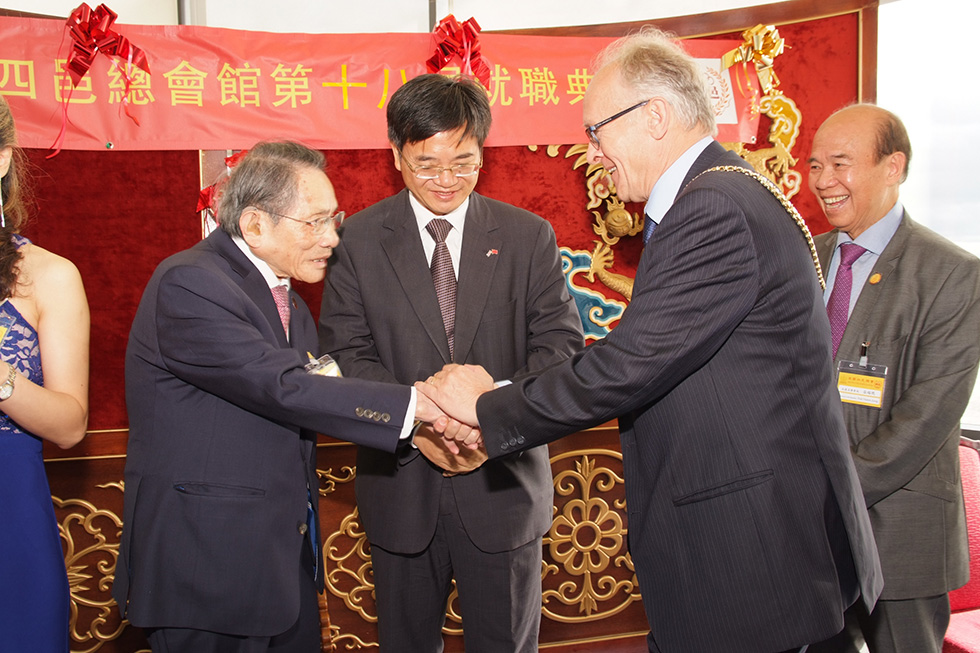 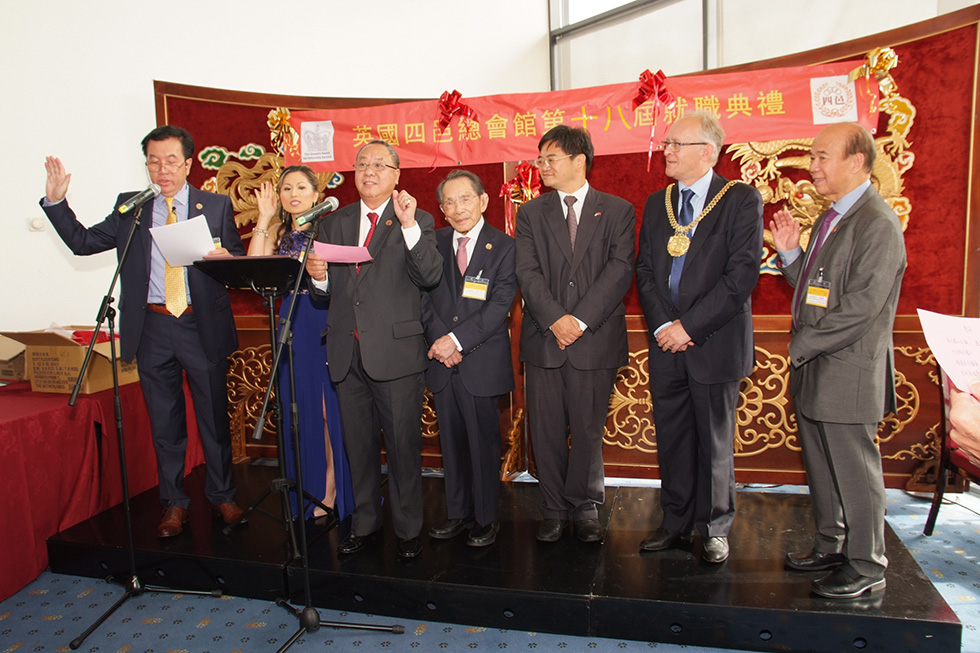 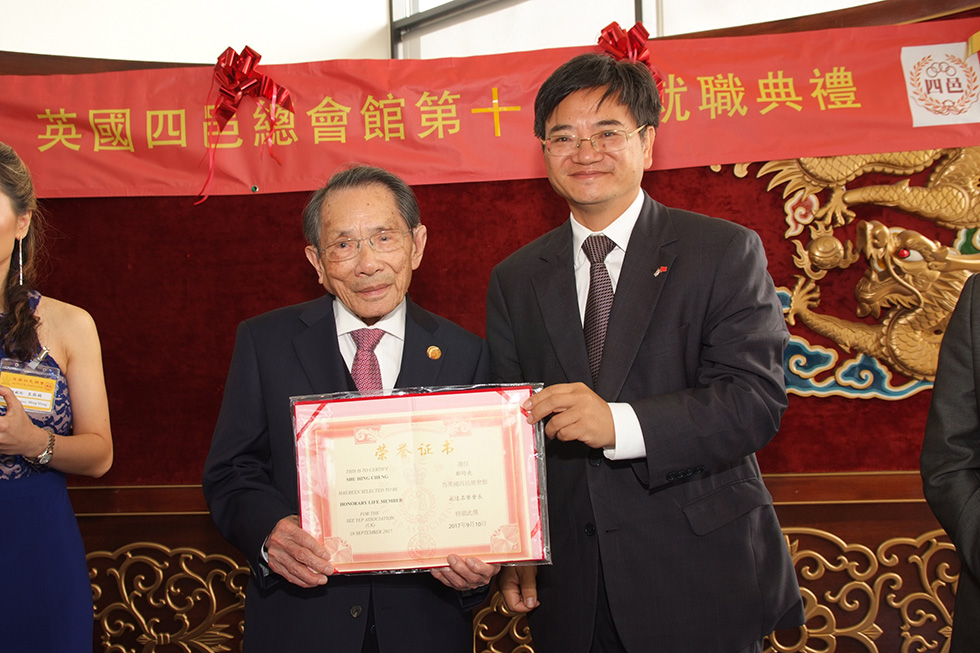 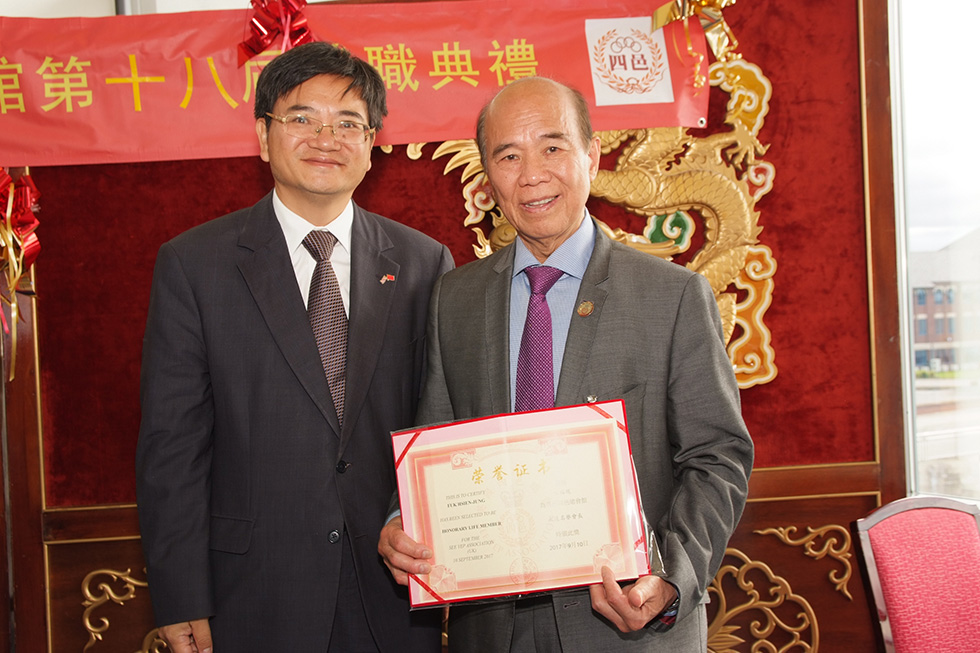 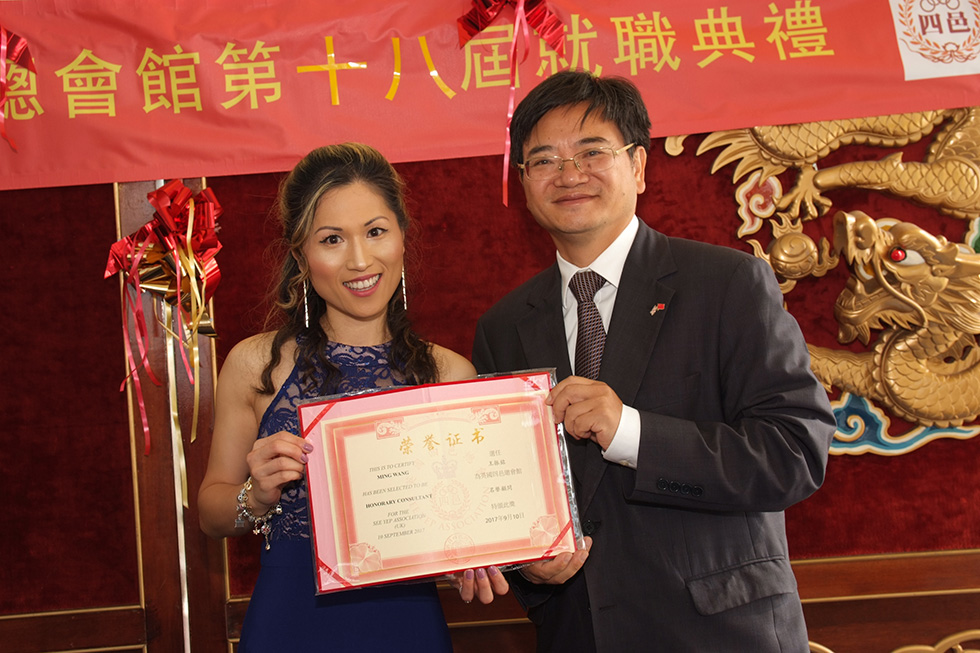 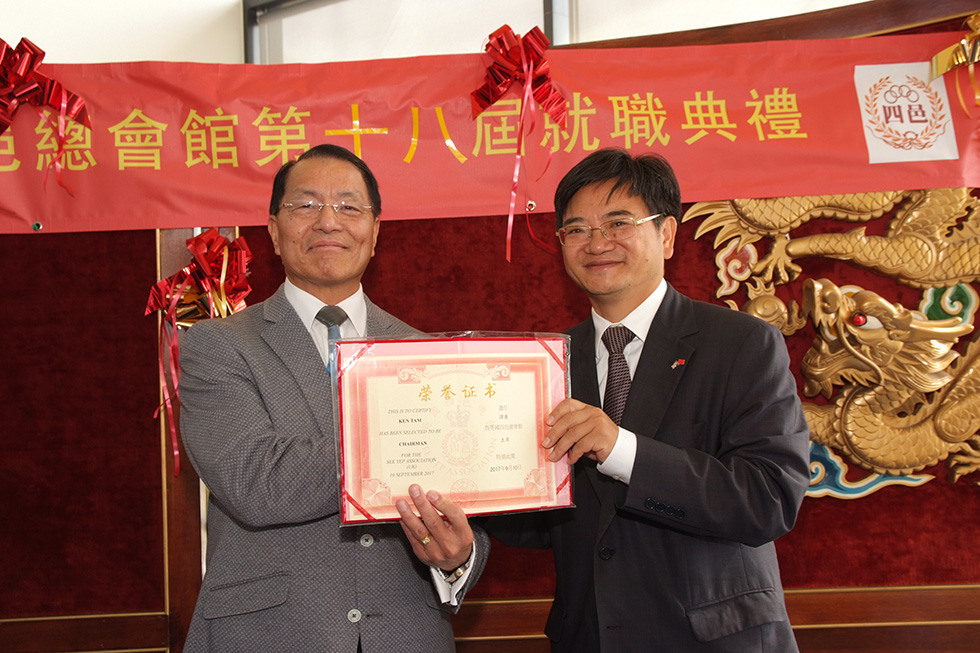 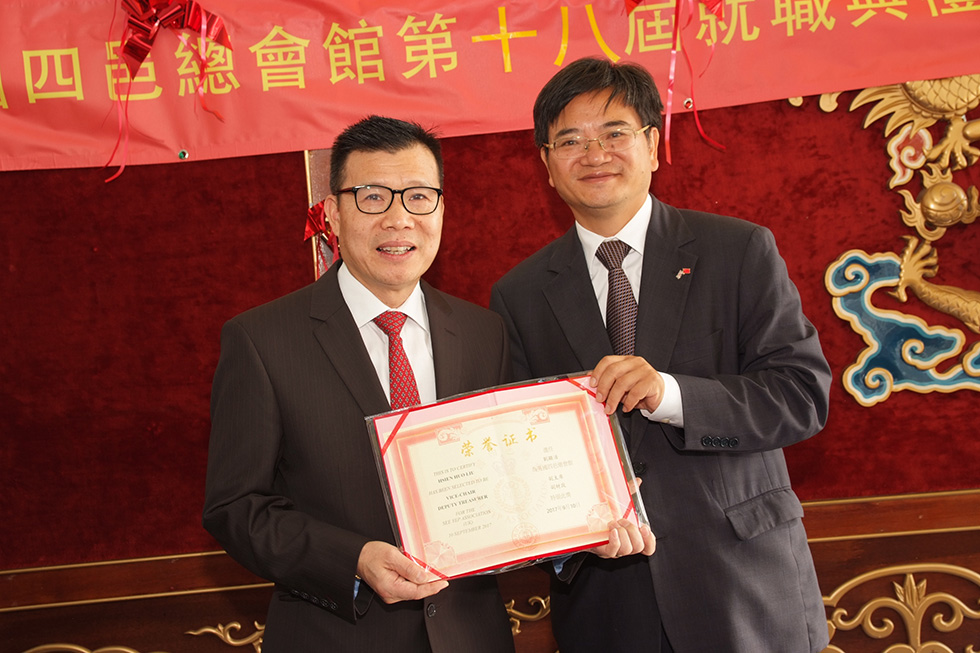 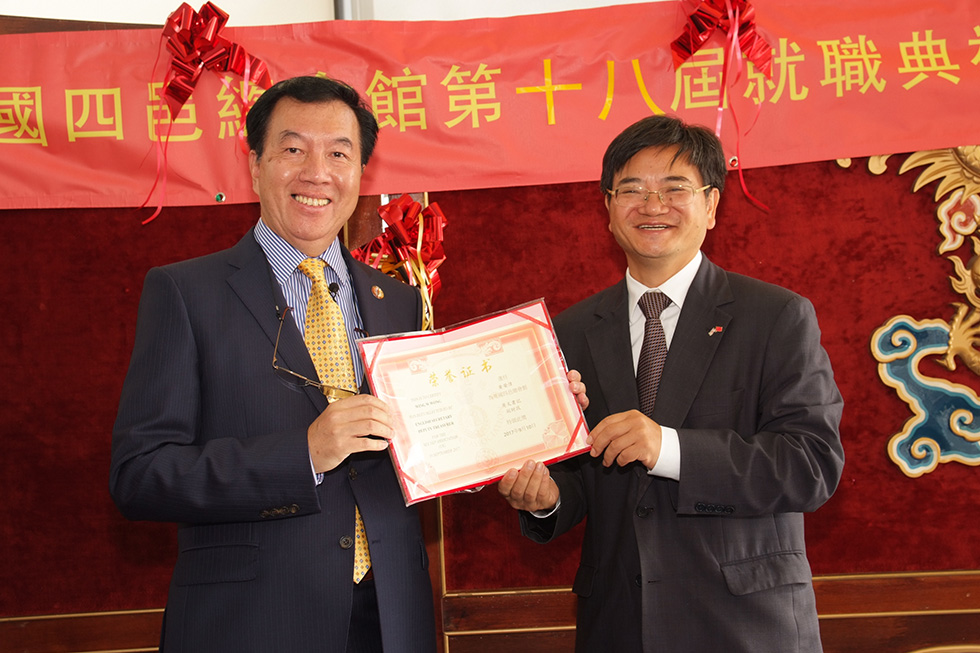 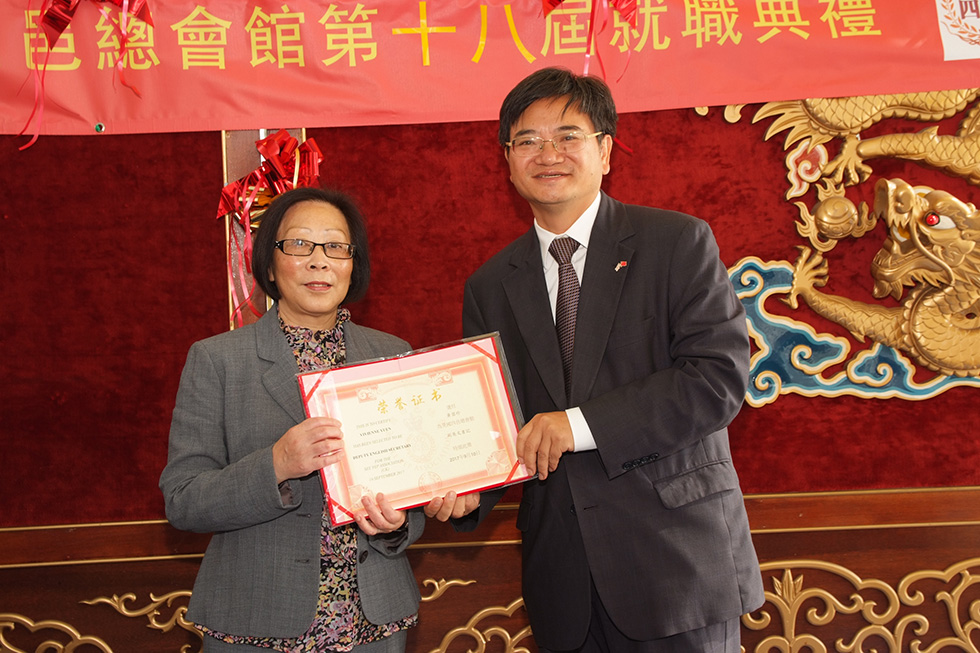 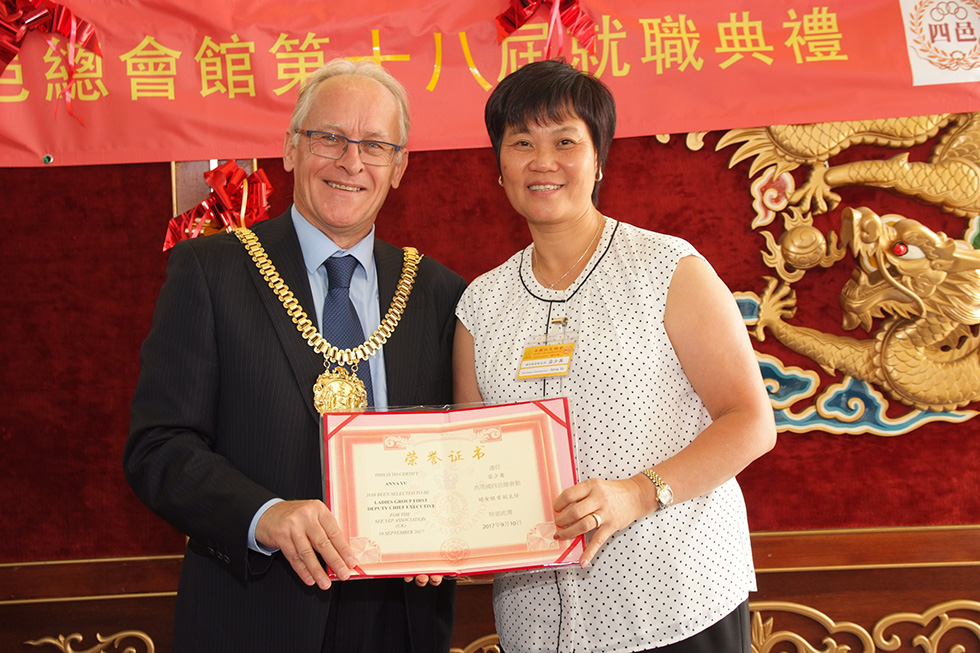 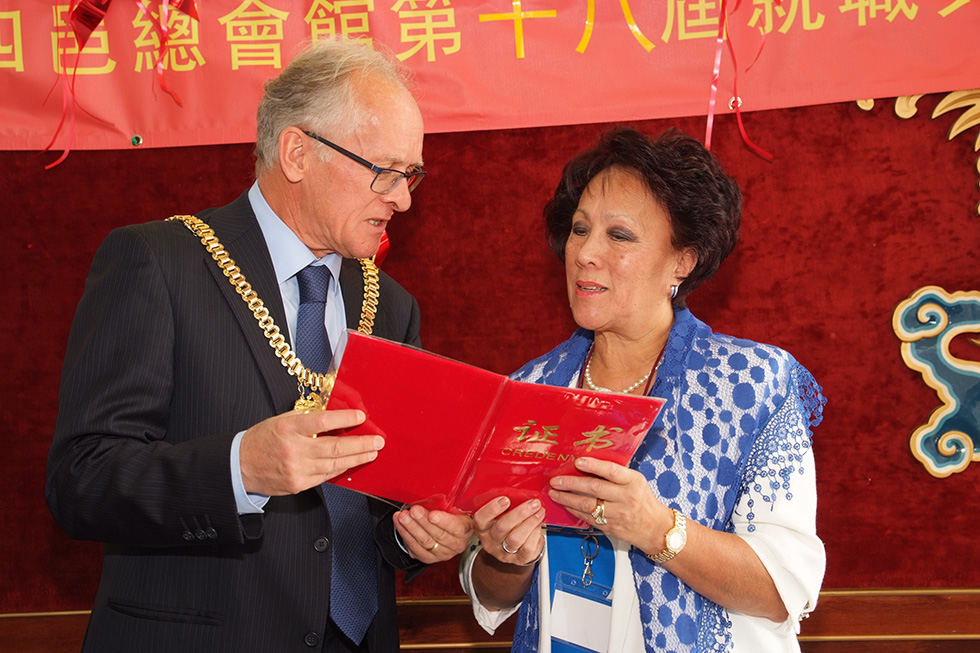 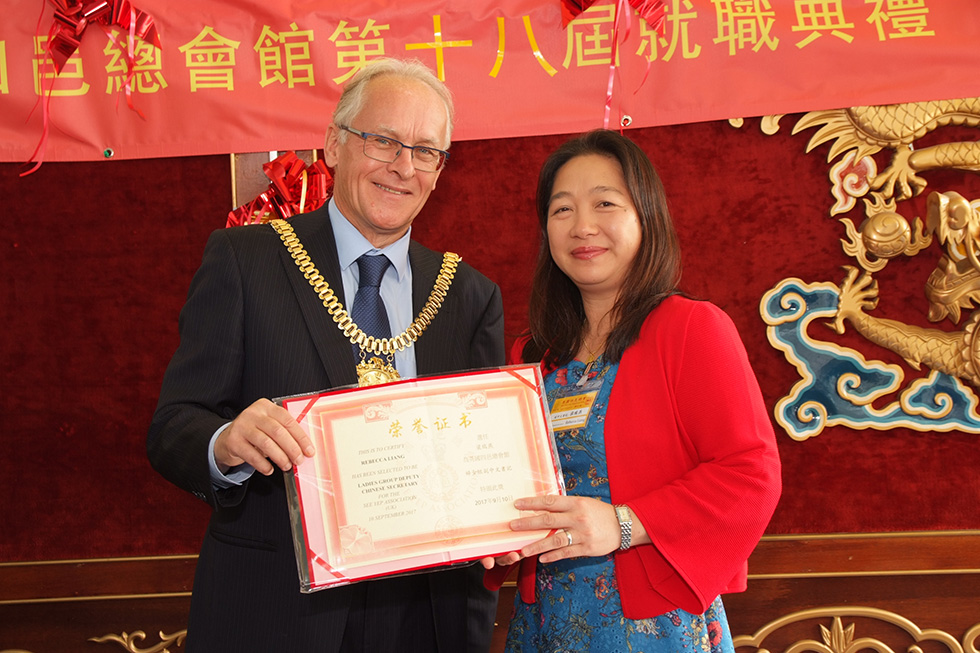 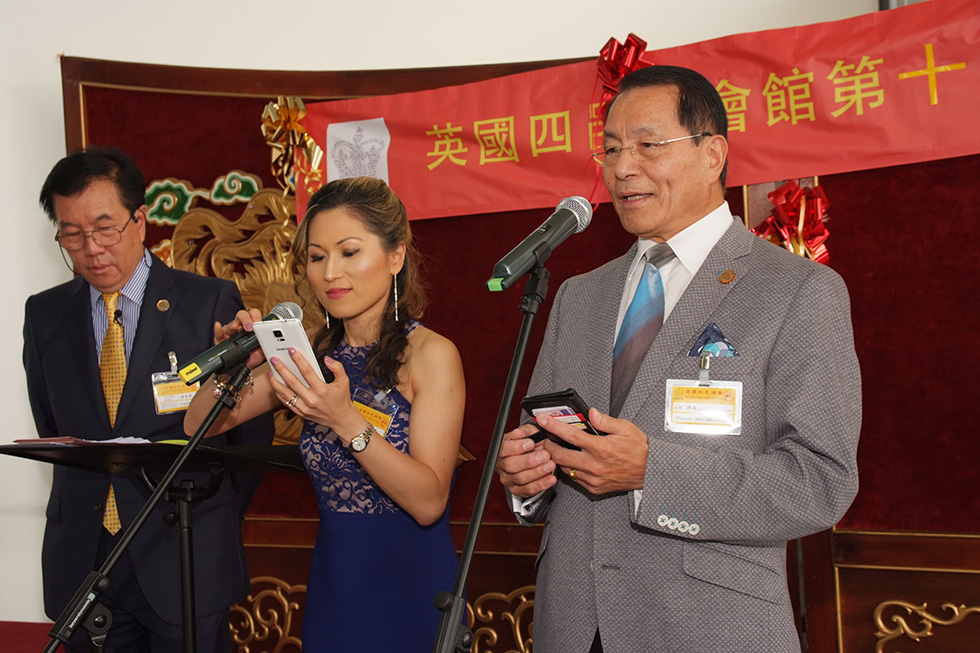 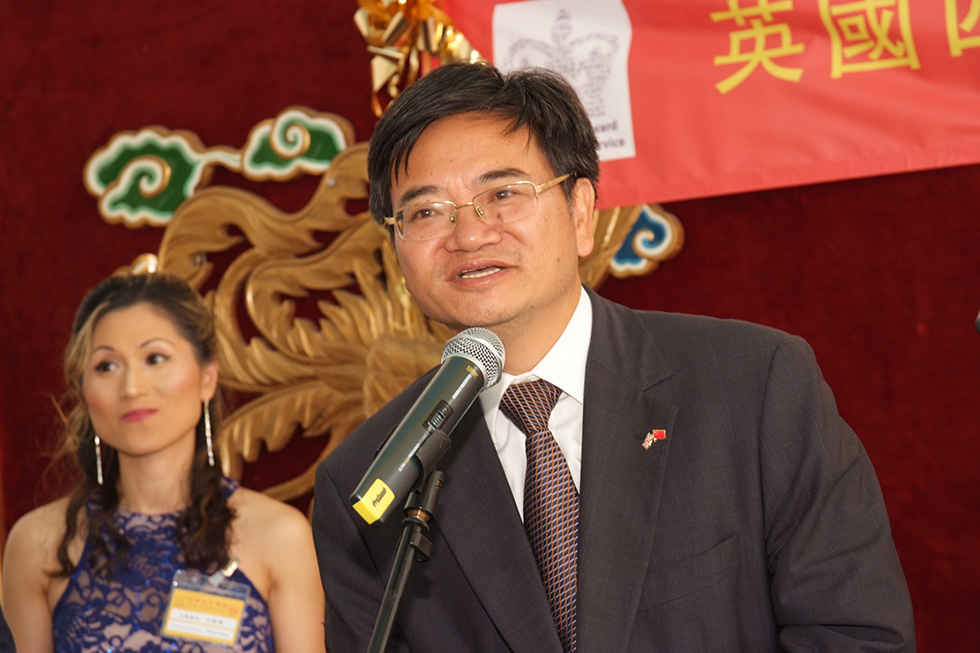 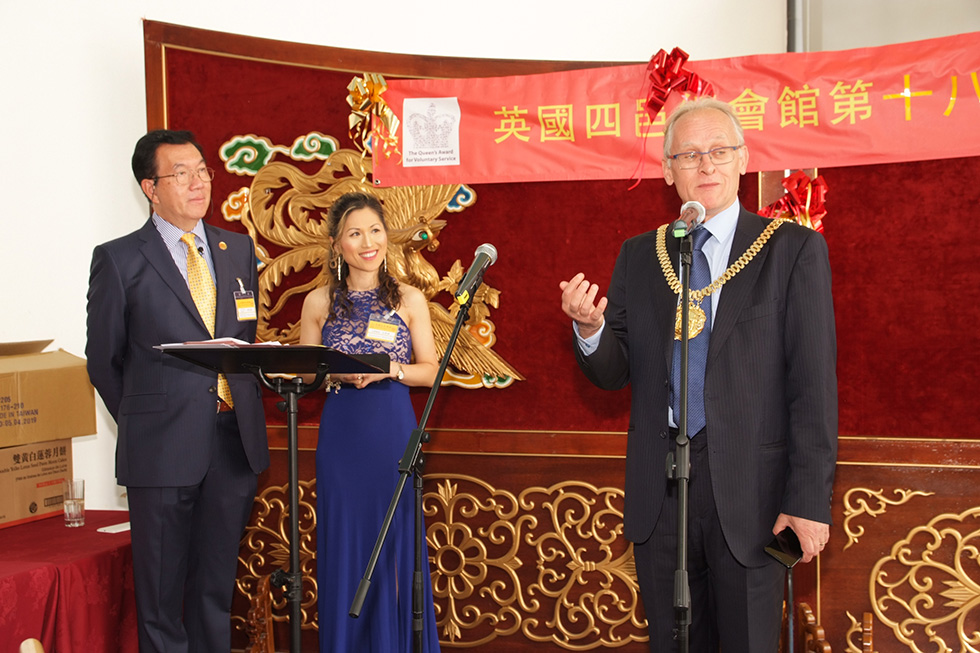 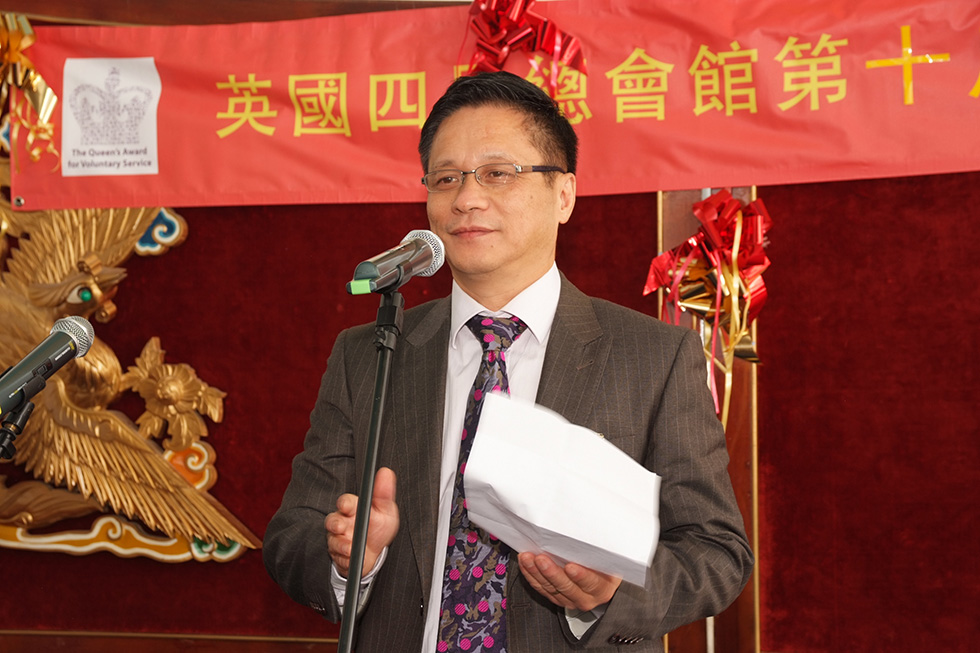 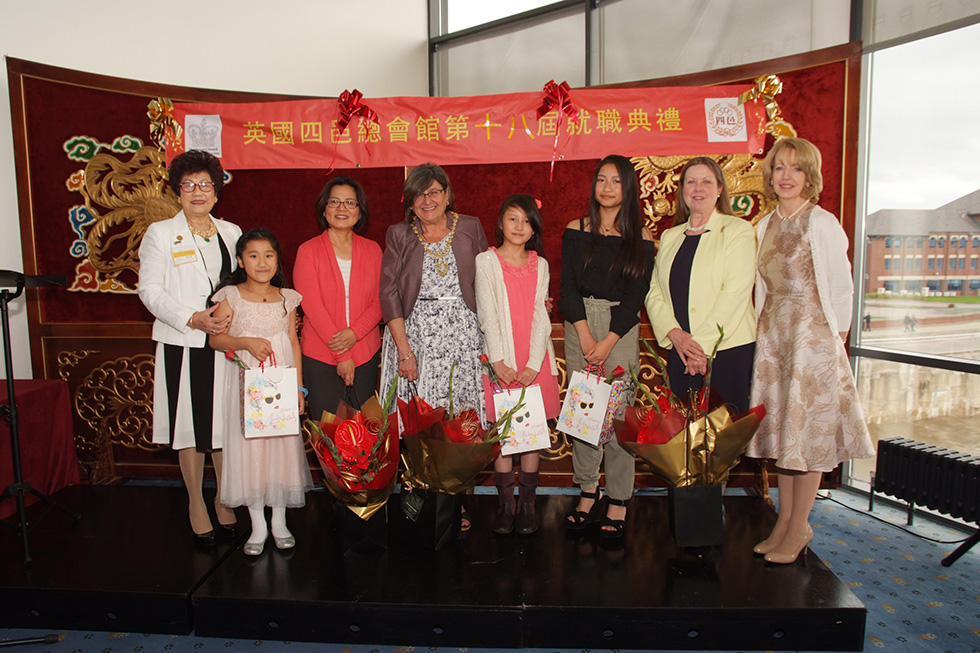 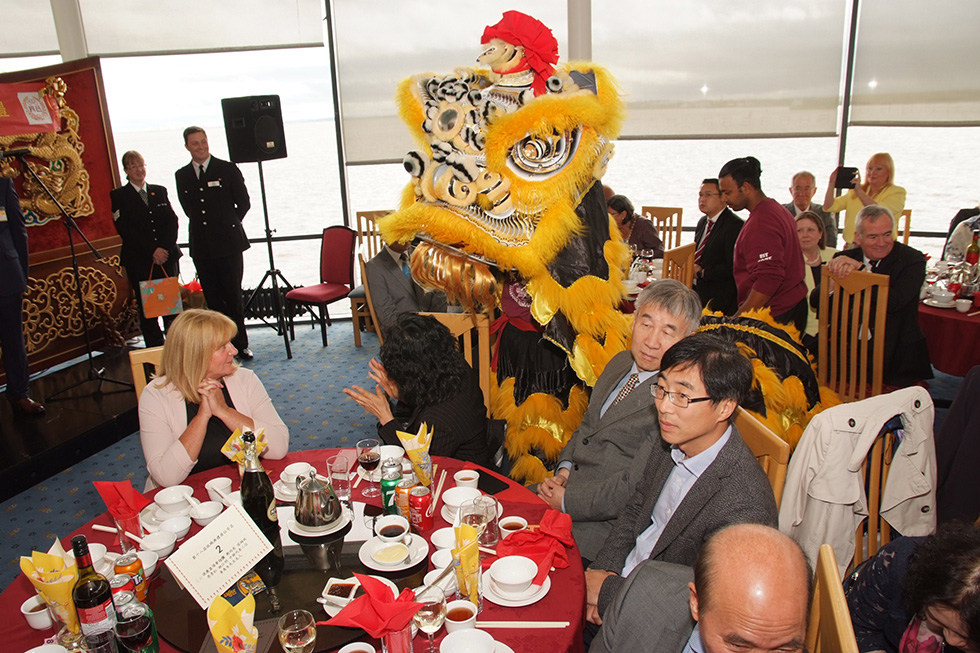 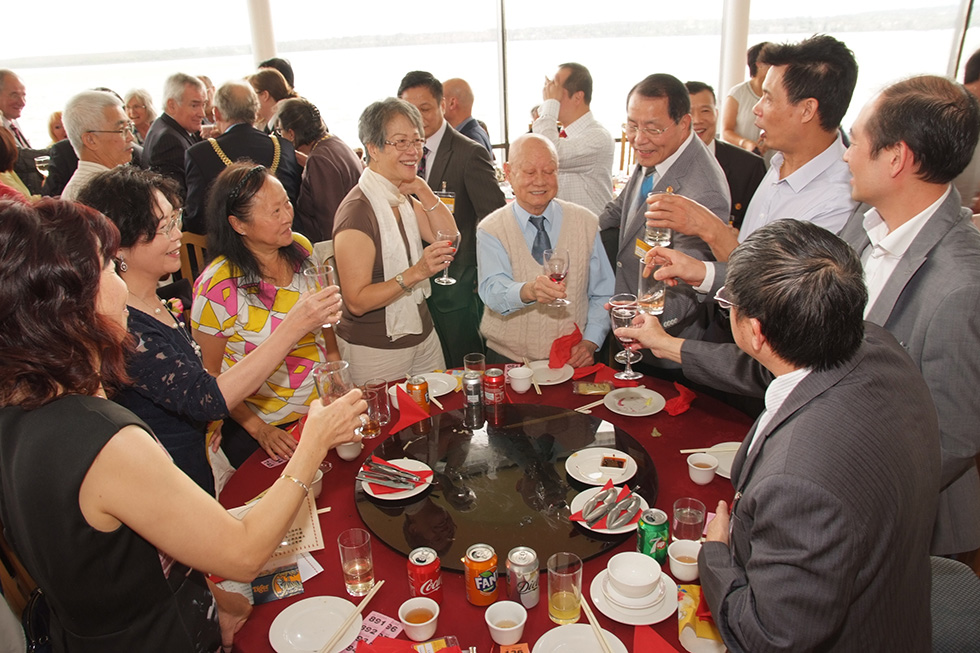 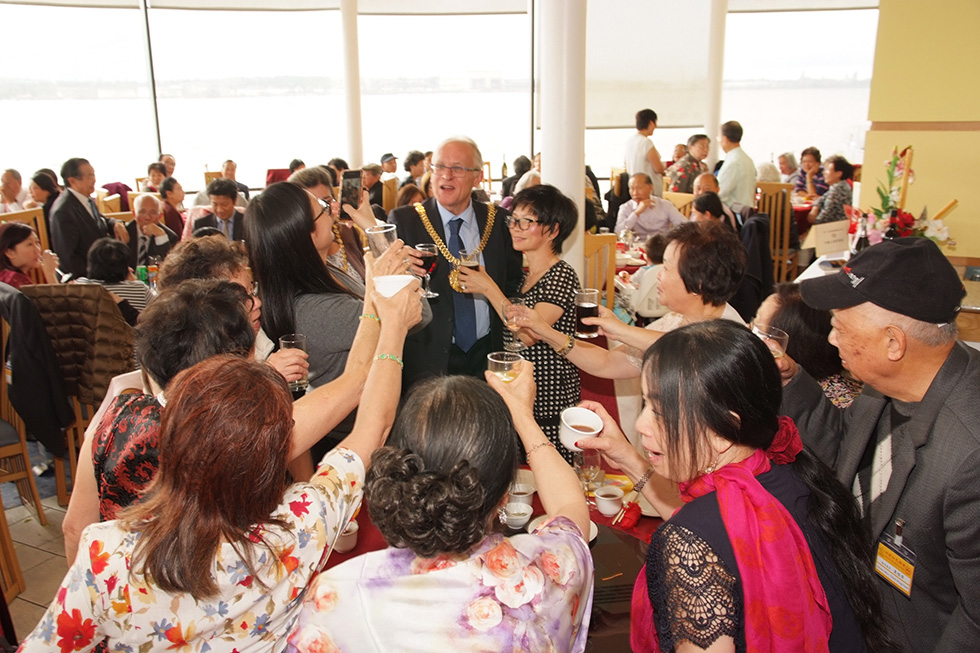 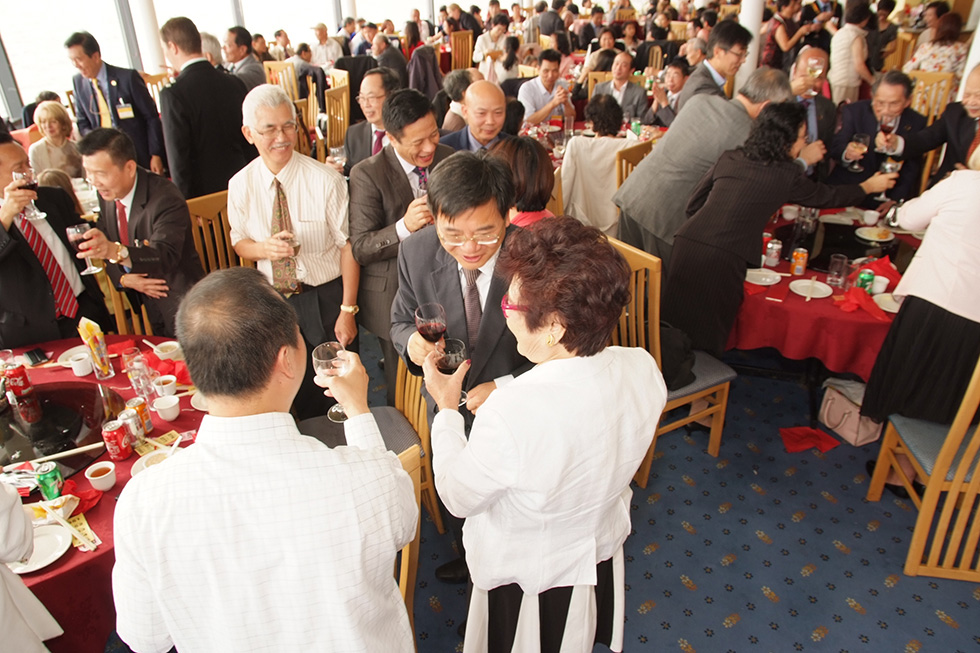 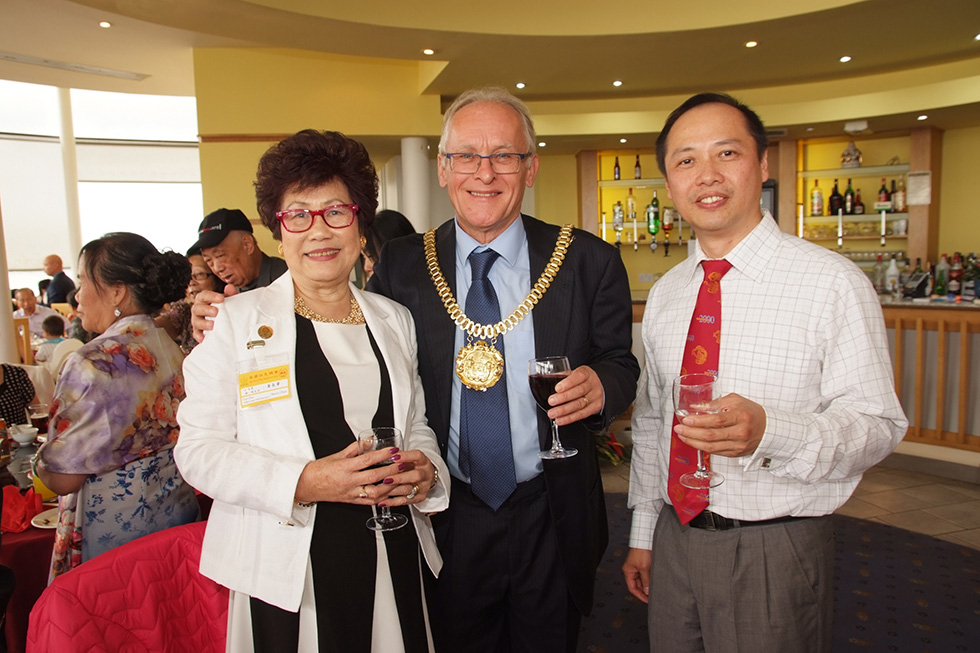 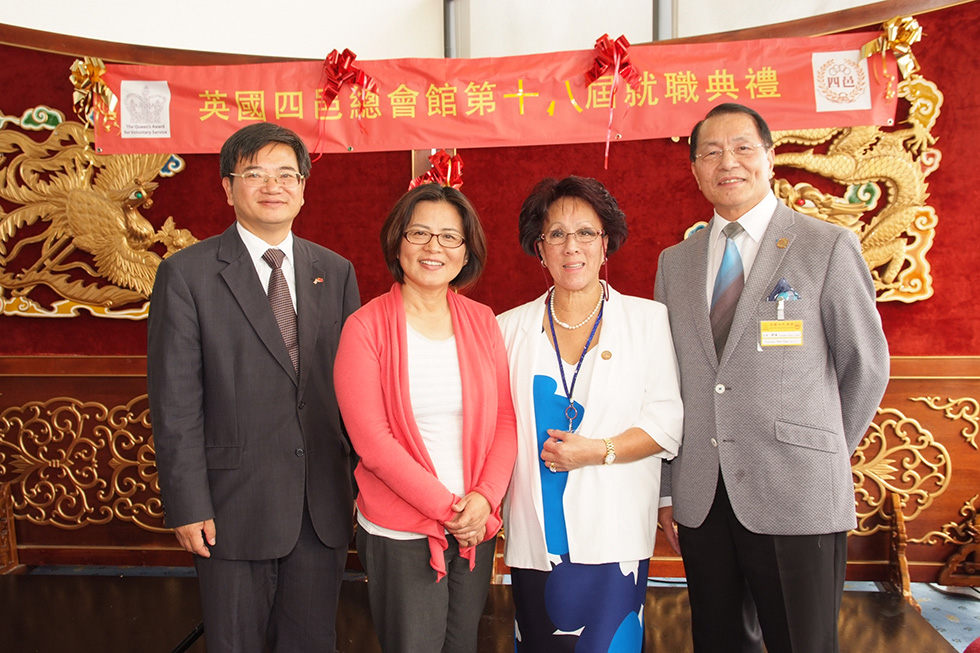 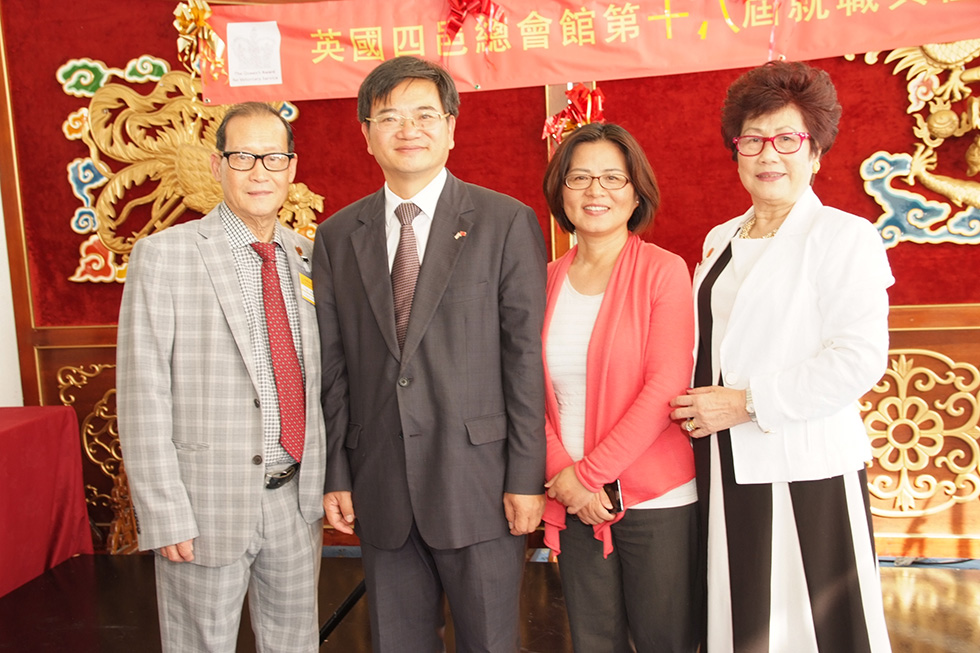 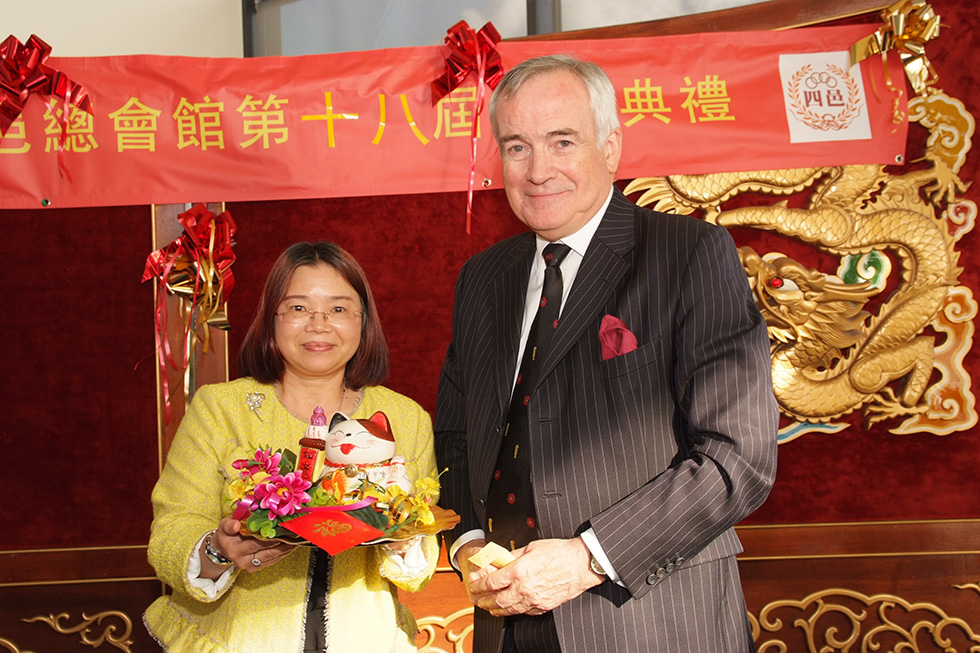 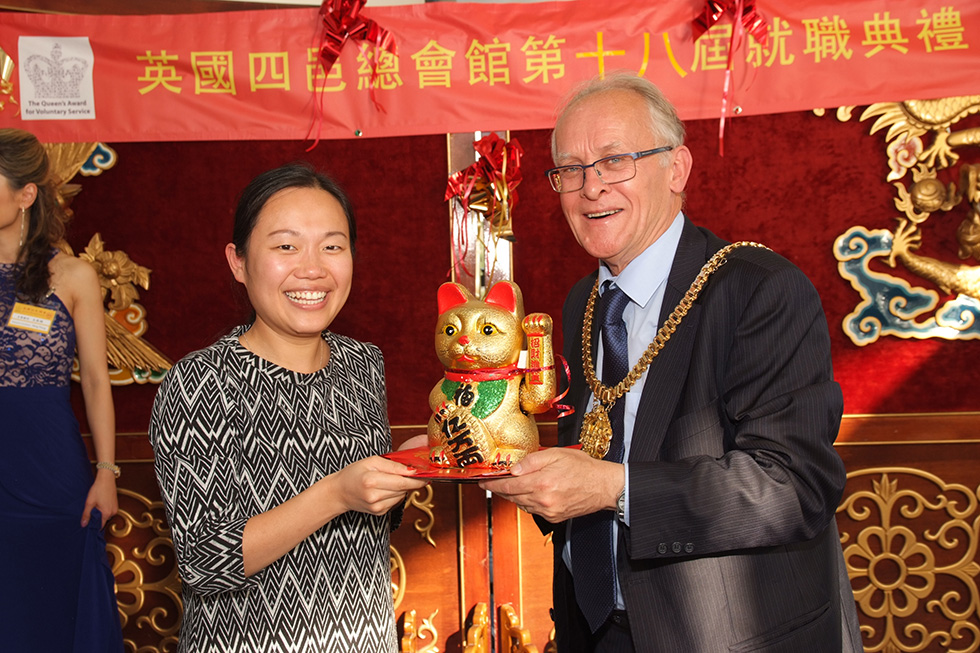 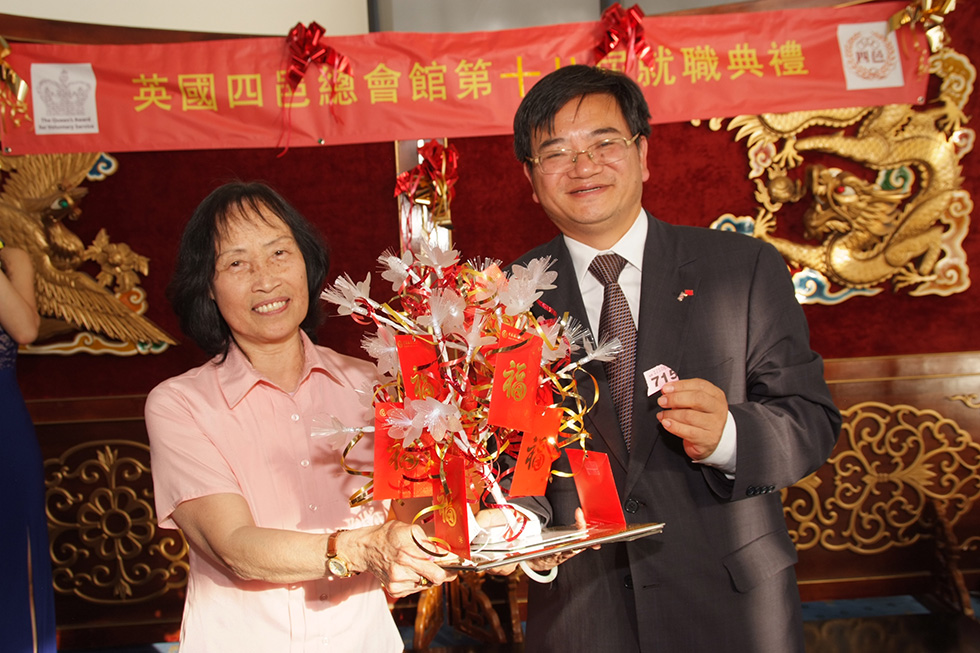